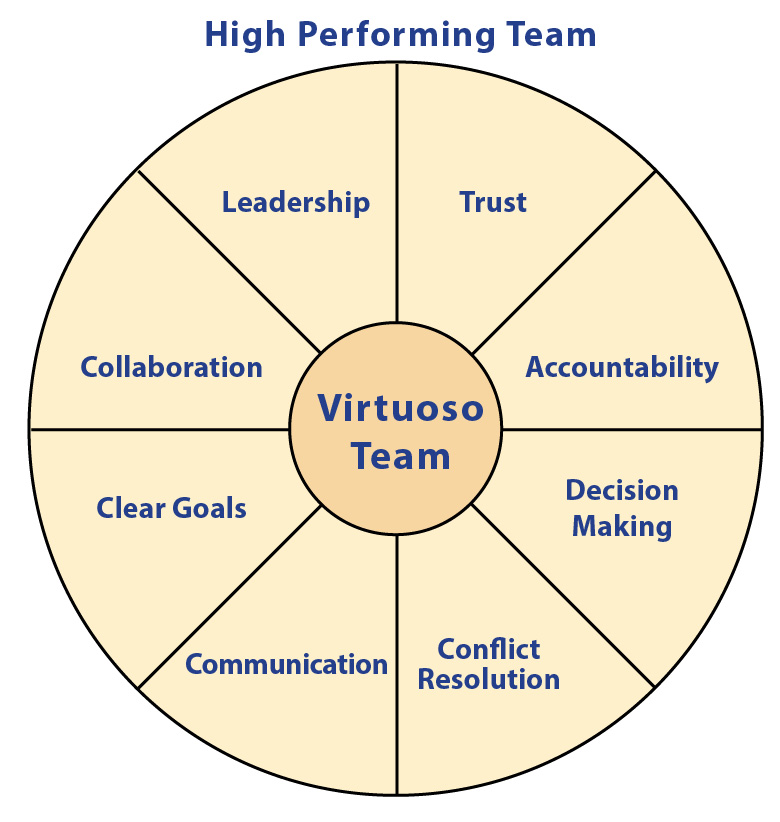 Sometimes executive teams can function as a group of solo contributors, but often that isn’t enough. Frequently CEOs encourage individuals to improve their performance but overlook the growth potential of collaborative efforts. They recruit stars but fail to build a galaxy—dooming themselves to the fate of those who thought assembling some top performers would suffice when their competitors realized it wouldn’t.

Research offers overwhelming evidence that groups of extremely bright and talented individuals often appreciably underperform when compared to groups of average or above-average talent. Why? Too often, CEOs think they’ve done their jobs by collecting the individual stars. Then, they retreat to a safe distance to watch the innovative fireworks. However, instead of engendering the hoped for “oohs and ahhs,” too frequently the group—which never formed into a team—causes a hugely expensive dud.

In my work with executive teams, I have noticed the links between input (the team members) and output (the team’s decisions, actions, and results). Only those teams that start with exceptional people can expect extraordinary results, but then they have to do more. They must rely on each other to maximize their collective talents.

To help you build teamwork, we begin by understanding your company’s strategy and culture. Then, we focus on how your executive teams exemplifies the eight functions of a High Performance Team: leadership, trust, accountability, decision-making, conflict resolution, communication, goal-setting, and collaboration.

Once we understand your team, we will help you in the following ways:

Take the “Executive Team Assessment” on this site to determine your team’s specific strengths and areas for improvement.