WHY DIRECTORS SHOULD CREATE DISRUPTION 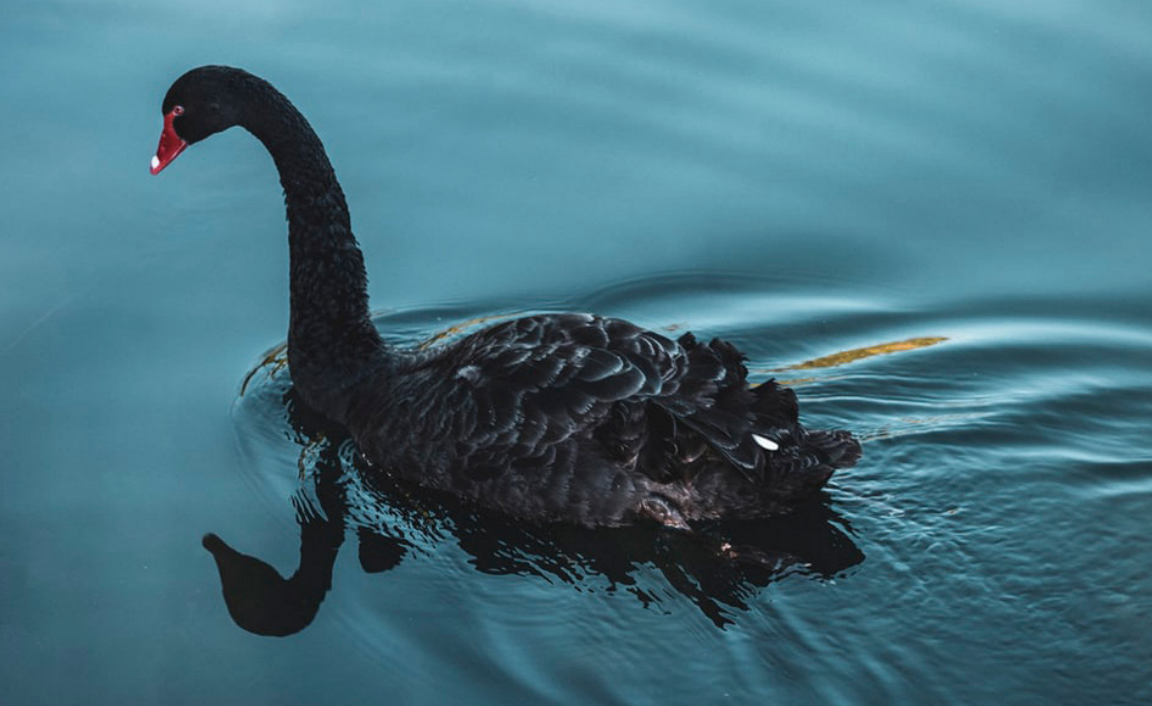 WHY DIRECTORS SHOULD CREATE DISRUPTION

How often do we hear the clarion cry, “Where was the board?” We hear this when a company experiences a scandal involving the CEO, an economic crisis, a product recall, or unethical practices. Negative headlines and regulatory actions follow, and we expect directors to clean up the mess that often affects the company’s profitability, competitive advantage, and reputation. We consistently demand directors decide about atypical, easy to ignore, hard to predict, and even harder to address risks. In the fear-provoking jungle of the boa rd room, one might also legitimately ask, “Why would anyone want to sit on a board?”

When conducting research for his bestselling book, Factfulness, Dr. Hans Rosling asked simple questions about global trends and systematically received wrong answers—so wrong that a chimpanzee choosing answers at random would have consistently outguessed teachers, journalists, Nobel laureates, and investment bankers. Why? Because our instincts and risk-aversion conspire to make us perceive the world as a scary place—a place where we probably shouldn’t even do business. The problem is that we don’t know what we don’t know, and unconscious, predictable biases and fear inform both our guesses and behavior—and stand in the way of us engaging in disruptive decision-making, even when those decisions could lead to dramatic success. The very word “disruption” has taken on a scary connotation, as have “black swan,” “gray rhino,” and “white elephant.” But couldn’t directors decide to stop thinking of these as threats and Unconscious, predictable biases and fear inform both our guesses and behavior 2 start seeing them as opportunities to thrive in the jungle?

The phrase “black swan” originated in the second century when most people assumed that black swans didn’t exist. They were wrong. Today, we describe unpredictable, rare events as black swans when they don’t fit our expectations. Companies count on their directors to recognize that black swans exist and to identify them before the competition does. Traditional enterprise risk management (ERM) processes, however, don’t spot black swans because this approach too often involves an examination of past performance—not future opportunities. Success-minded directors do better. They understand how to create disruption, not react to it.

Companies count on their directors to recognize that black swans exist and to identify them before the competition does. Click To Tweet

In 1983, Motorola introduced the world’s first cell phone. In 1987, Nokia launched its first mobile phone. No one was paying attention to Apple. By 2018, 95% of Americans owned a cell phone of some kind, and 77% of those were smartphones. Leaders at Nokia and Motorola probably thought of Apple as a computer company, but shouldn’t Apple’s application for a patent have mobilized those making mobile phones to suspect a black swan might be lurking? By definition, black swans are unforeseeable, risky events—unknown unknowns. Individually, these events are highly improbable, but collectively they occur far more frequently than one might expect.

Black Swan refers to highly improbable but highly consequential events, while gray rhinos exist out in the open for the world to see. Gray rhinos create probable, high impact yet ignored threats, similar to but not exactly like both the elephant in the room and the improbable and unforeseeable black swan. Gray rhinos are not random surprises, however. They occur after a series of warnings and visible evidence. Nevertheless, directors often ignore them or minimize them until it’s it’s too late. For instance, the rise of Netflix and the demise of Blockbuster occurred over many years. In 2000, Blockbuster passed up an offer to buy Netflix for $50 million. If directors had evaluated Blockbuster in 2002, while Netflix was in its infancy and the web still a nascent technology, they would have given the company high marks as an acquisition target. They also probably would have advocated for the integration of the two. But if they had asked themselves how well prepared Blockbuster was to deal with emerging distribution systems, they would have felt less confident about their ability to sustain even their own value. Blockbuster filed for bankruptcy in 2010. By the end of 2019, Netflix would be worth more than $100 billion. Directors do well to think of gray rhinos as known unknowns. Instead of helplessly ignoring the obvious trends or waiting to see what happens, savvy directors take the reins to lead the rhino in the direction that makes the most sense for the organization.

The term white elephant originated from the historic practice of the King of Siam giving rare albino elephants to courtiers who had displeased him, so that they might be ruined by the animals’ upkeep costs. Today, a white elephant refers to an extravagant, but impractical, gift that cannot be easily disposed of. It also describes a holiday gift exchange known as “Dirty Santa.” To play this game, participants give (or steal from) each other amusing, impractical gifts. The goal is to entertain partygoers rather than to gain a genuinely valuable or highly sought-after item. Not much entertaining about white elephants in the board room, however. Boards see white elephants as observable risks that are difficult to address. Directors find taking decisive action hard because situations are fraught with subjectivity: Fear of failure, rejection, change, or loss of control. These often-unfounded fears cause directors to consider the wrong kinds of information or to rely too heavily on the status quo. According to psychologists, the reason so Companies count on their directors to recognize that black swans exist and to identify them before the competition does. 3 many cling to the status quo lies deep within our psyches. In a desire to protect our egos, we resist taking action that may also involve responsibility, blame, and regret.

A classic “elephant in the room” example is a money-losing initiative favored by the CEO. These situations are known knowns—significant problems that directors understand but feel helpless or at least reluctant to address. When considering the status quo, directors do well to make sure it represents one and only one option. They ask the key question: If this weren’t the status quo, would we choose this alternative? Often, directors exaggerate the risk that selecting something else would entail, or they magnify the desirability of staying the course over time, forgetting that the future may well present something different.

Our fears, perceptions, and biases tell one story, but the facts tell a different one. Click To Tweet

Our fears, perceptions, and biases tell one story, but the facts tell a different one. As it turns out, the world, for all its imperfections, is in better shape than we might think. We have real problems, but when we spend our energies worrying about the future or feeling guilty about the past, we lose our focus and exhaust our abilities to solve problems, make high-caliber decisions, and take the necessary risks to grow and change. We see the animals in the jungle as creepy creatures we must avoid.

More than a century ago Freud explained how we create obstacles for ourselves. That is, the id, ego, and superego create a battlefield in our brains where the rational mind and emotional mind clash, just when we need them to make peace. They compete for control when we attempt to make risky decisions to effect transformative change. Successful changes, however, follow a pattern based on a mindset that tells us that change will bring improvement and most mistakes aren’t fatal. When our intellect and our emotions wage war, resilience and motivation suffer the consequences—the victims of a situation they didn’t want in the first place. When this happens, we start to alter our beliefs, often developing a victim mentality, one characterized by pessimism and despair.

How can a person tolerate ambiguity with such a mindset? Revolutionary ideas constantly besiege leaders. Throughout history, everyone has been eager to help those in charge make smart, informed decisions about the future. Abraham Maslow and Douglas McGregor helped us understand the psychology behind human behavior. W. Edwards Deming, “the man who discovered quality” served as the prophet of the learning organization. We think of Peter Drucker as the founder of modern management and the inventor of the concept known as management by objectives. The list is endless, but one stark reality surfaces: it is possible for directors to have a major impact on history, if they are willing to take a chance on their ideas.

It won’t happen automatically, however. Five psychological forces influence high-stakes decision making: beliefs, cognition, emotions, motivation, and resilience. When directors leverage all five, they develop The Board Mindset™. They don’t ignore, diminish, or deny the black swans, gray rhinos, or white elephants. Instead, they trust their abilities to go on safari. They understand how human emotions help them function—or not. As systemic, discerning thinkers, they commit themselves to continuous learning and consistently remain open to new ideas without being naïve—all the while avoiding the trap of hubris. With optimism and a commitment to excellence, they steadfastly move ideas to action.

A Board Mindset—one that shapes resilience— recognizes that challenges aren’t permanent; talented people can figure things out; and even failure isn’t fatal. This mindset allows directors to learn from past mistakes so they can move past them and thrive.

© 2020 The Board Mindset. All rights reserved. Permission granted to excerpt or reprint with attribution. Our fears, perceptions, and biases tell one story, but the facts tell a different one.